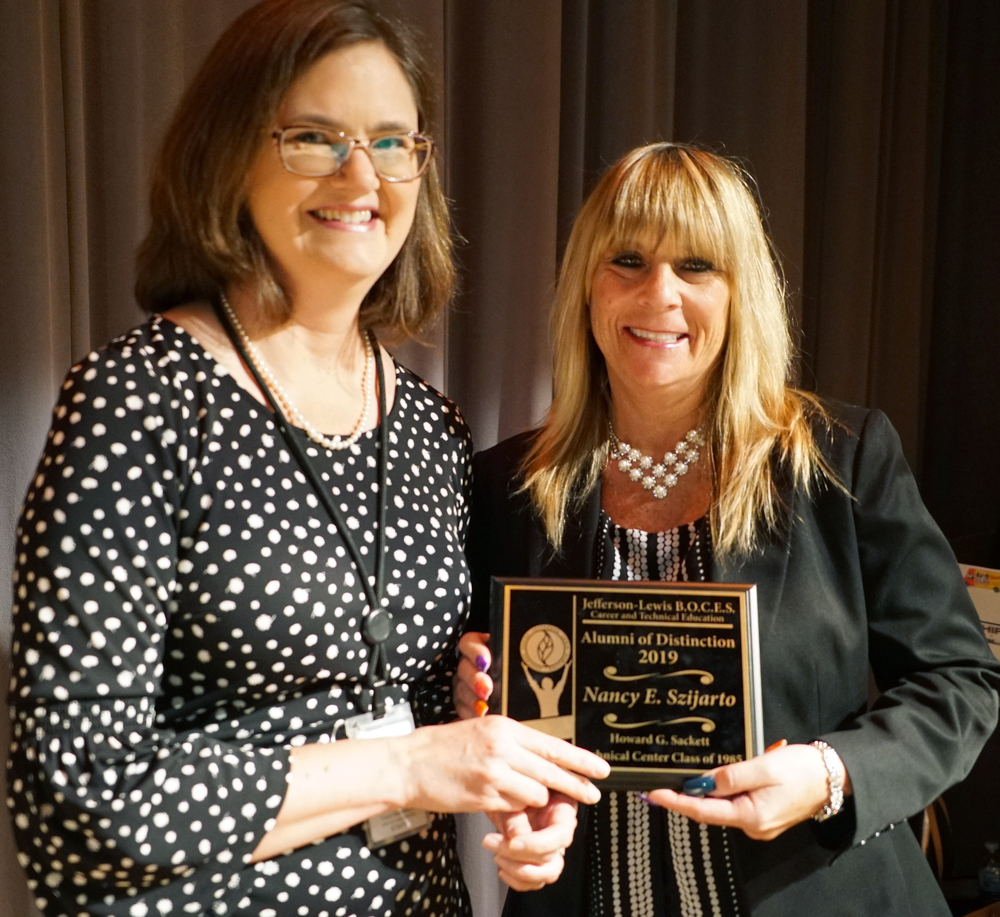 Jefferson-Lewis BOCES is proud to announce the winners of the 2019 Alumni of Distinction Awards.  They are Tim Titus and Nancy Szijarto.

Tim Titus is a 1988 graduate of Thousand Islands Central School and the Architecture and Design (now known as 3D Modling & Design) program at the Charles H. Bohlen, Jr. Technical Center.  Following his high school graduation, Tim landed a job with Bernier, Carr & Associates.  In 2006, he began working for Aubertine & Currier where he currently is a Civil Designer.  He was nominated for the award by Timothy Hodge, the instructor of the Motorcycle, Marine & Power Sports program at Bohlen Tech.

“Attending BOCES provides you with an atmosphere that is close to the professional and business atmosphere while still teaching you what you need to know,” says Tim.  “I was able to participate in an internship my senior year and I was hired the day after I graduated high school.”

Nancy Szijarto is a 1985 graduate of Lowville Academy and Central School and the Advanced Business Machines program at the Howard G. Sackett Technical Center.  Following her high school graduation, Nancy worked for two years at Lewis County Head Start.  In 1987, she began work at William C. Brown’s Plumbing and Heating where she is currently employed as a service manager.  She was nominated for the award by her brother, John Szijarto.

“I was shocked when I received the phone call that I had been nominated for and had won this award.  It’s truly an honor,” says Nancy.  “My time at BOCES prepared me for my career and it’s an excellent facility.” 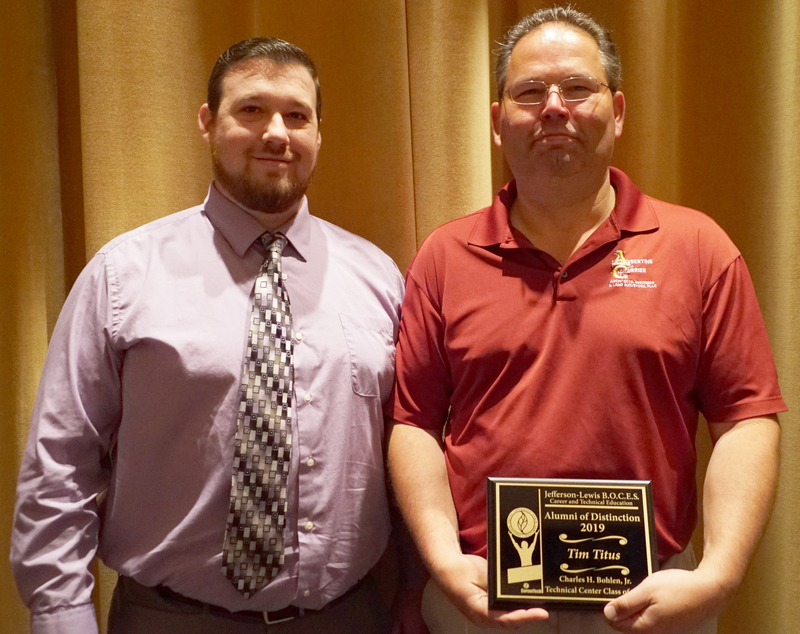