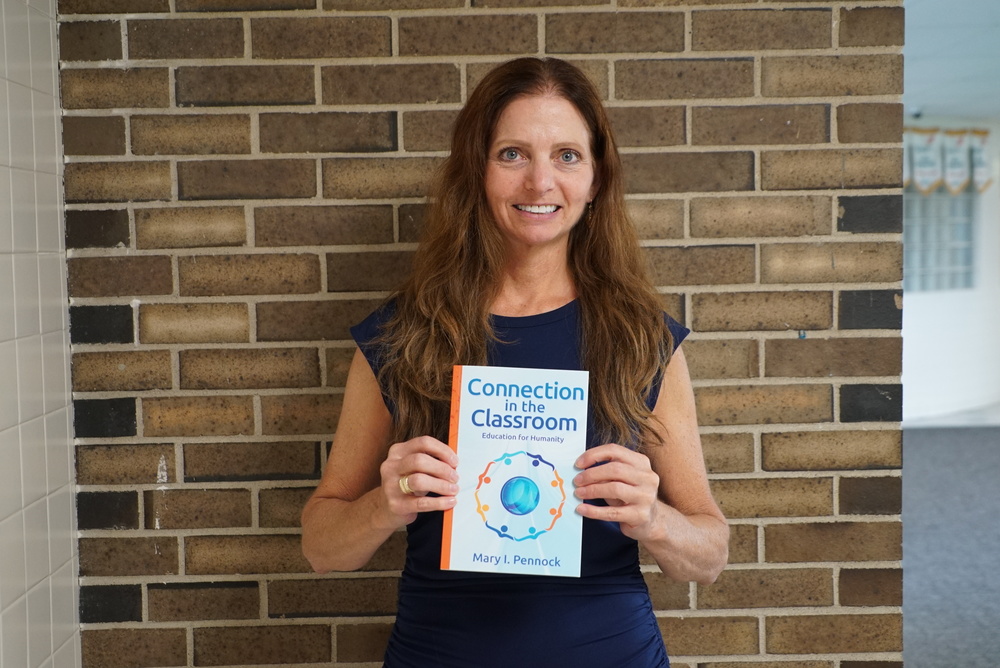 Congratulations to Ms. Mary Pennock, English teacher at the Charles H. Bohlen Technical Center. Ms. Pennock was recently named a recipient of the Empire State Excellence in Teaching Award as well as having her first book published.

The book, Connection in the Classroom: Education for Humanity, focuses on how to build meaningful, lasting, and positive relationships based on mutual concern and respect. It details research from several fields of study – sociology, emotional contagion, neuroscience, psychology, cooperative learning, nature’s laws, and others. Sample lesson plans that incorporate research and studies, and are easy to implement, are included in the book

Ms. Pennock has presented her expertise at several education conferences both here in the U.S. and abroad.  She says the book includes many of the elements presented at these seminars and is based on collaboration with an international team of professionals.

Ms. Pennock was one of six recipients in the Northern New York region to win the Empire State Excellence in Teaching Award and among 54 statewide. The recipients were chosen following an extensive application period, where several New York State professional education associations were involved in the selection. The selected awardees have been teaching on average for over 16 years. The prize includes a $5,000 stipend by the State University of New York to be applied toward professional learning opportunities. Ms. Pennock says she plans on using the stipend to present at additional conferences for educators.