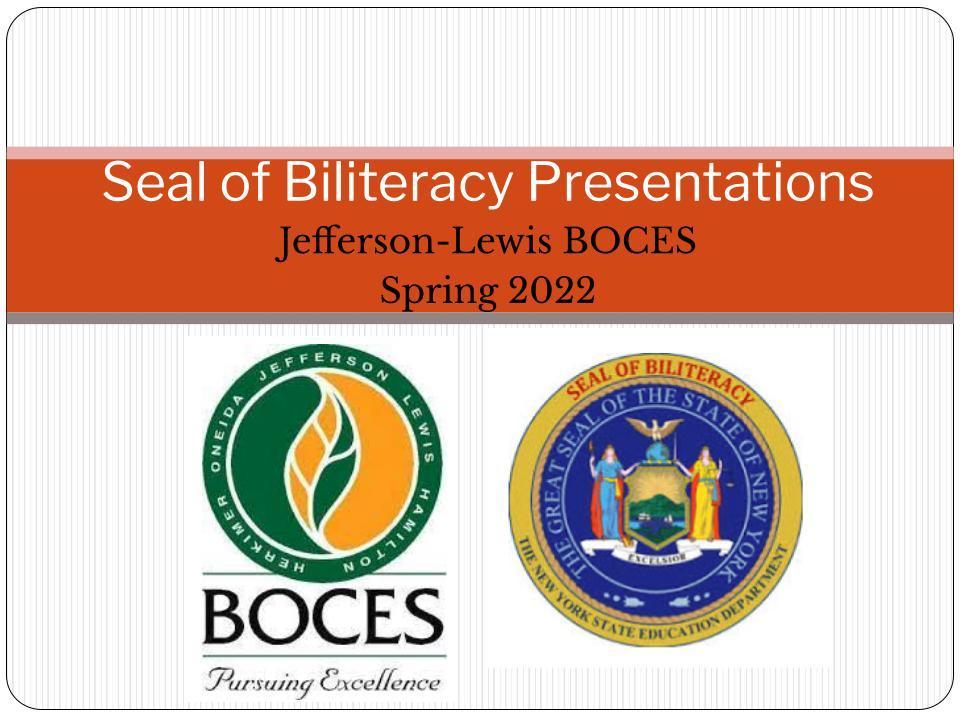 Twenty-four local high school seniors have demonstrated their proficiency in communicating through a second language and have earned the New York State Seal of Biliteracy.

The New York State Seal of Biliteracy (NYSSB) recognizes high school graduates who have attained and can demonstrate a high level of proficiency in listening, speaking, reading and writing in one or more languages. The intent of the NYSSB is to: encourage the study of languages, identify high school graduates with language and biliteracy skills for employers, provide universities with additional information about applicants seeking admission, prepare students for twenty-first century skills, recognize the value of foreign and native language instruction in schools, and affirm the value of diversity in a multilingual society.

Final presentations by participating students took place virtually May 25 through June 2. Each student’s final presentation took place before a panel of judges made up of foreign language instructors, community members, and fluent speakers in the business world. The presentation focused on what the student had learned culturally during the course of the project, all the while communicating in a second language. Students earning the Seal of Biliteracy received a virtual certificate and a medallion to wear during their high school graduation. The Seal of Biliteracy is placed on each student’s high school diploma upon graduation.

Congratulations to the following students for earning the Seal of Biliteracy: Included with the name of the student is the second language and the name of the presentation.

Laura Zehr, French, Language Education in the U.S. vs. France

Elizabeth Hyman, Spanish, Agriculture in the U.S. vs Guatemala