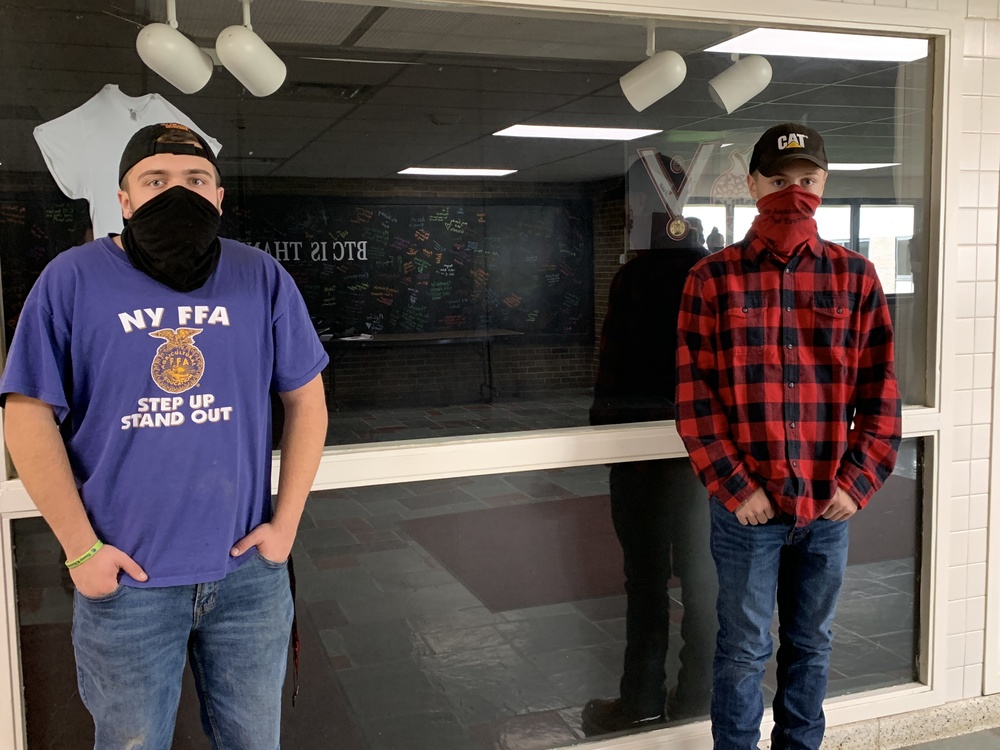 Two Career & Technical Education students from South Jefferson Central School are organizing a food donation drive to help out their District’s Backpack Program and spread some much needed holiday cheer.

This is the second consecutive year that Anthony Naccari and Jonathan Russell helped organize the “Stuff the Truck” campaign, along the South Jefferson Class of 2022.  The event will take place at the South Jefferson High School on December 12, 2020 from 11 am-3 pm.  The goal is to acquire enough non-perishable food donations to completely fill two pickup trucks that will be parked outside of the school.

Anthony and Jonathan helped organize last year’s event at South Jeff, which led to the donation of nearly four months’ worth of food items for the backpack program.

“At the time, no one knew COVID-19 was coming.  We didn’t realize just how important those food donations would be for the backpack program during the spring,” says Jonathan.

Anthony, a junior in the Plumbing/HVAC program, came to the idea of the donation drive after a friend played a practical joke on him by leaving a supersized can of food in Anthony’s truck.  Anthony took the canned good and dropped it off as a donation to the backpack program.  It then grew from there.

With the urging and support of his friend Jonathan, a junior in the Automotive Technology program, the two students approached the school and work began to organize the community service project.  The goal was to fill an entire pickup truck full of food.

To help promote the drive, Anthony and Johnathan approached a number of local businesses who have agreed to sponsor it with the South Jefferson Class of 2022.  Other BOCES programs are assisting as the promotional flyer was produced by Visual Communications student Daniel Hunt of General Brown Central School.

Both Anthony and Jonathan say the goal this year is to double last year’s donation with two pickup trucks being used as opposed to one.

“The need is even greater this year due to COVID and how it’s impacting jobs in the area,” says Anthony.

Details on the "Stuff the Truck" event can be found on the flier below. 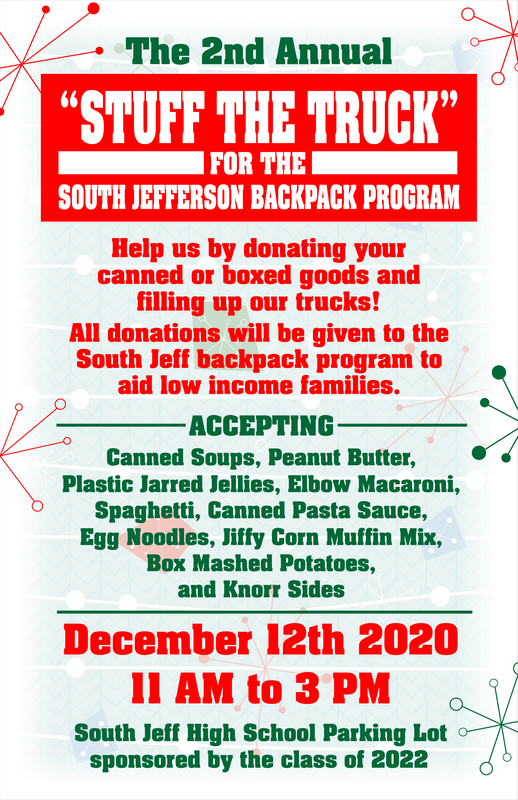