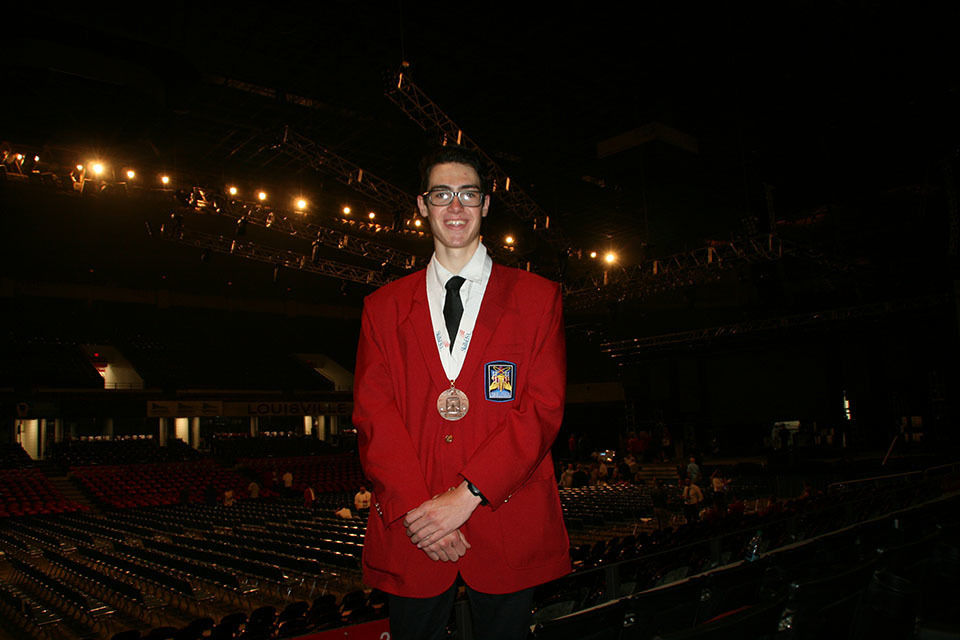 A recent graduate of the Howard G. Sackett Technical Center was a medal winner in the SkillsUSA National Leadership and Skills Conference held in late June in Louisville, KY.

Andrew Kirkwood competed against other students from around the nation June 24-28, finishing with a third place bronze medal in the Electrical Construction Wiring category.  Andrew represented New York State during the Nationals after winning the state SkillsUSA competition in the same category back in April.  Andrew graduated from the Electrical Wiring Technology program in Glenfield in June as an Adult Education student.

More than 6,400 students from across the United States competed in a total of 103 contests at the National Leadership and Skills Conference.

SkillsUSA is a national membership association serving high school, college and middle school students who are preparing for careers in trade, technical and skilled service occupations, including health occupations, and for further education. SkillsUSA is a partnership of students, teachers and industry working together to ensure America has a skilled workforce. 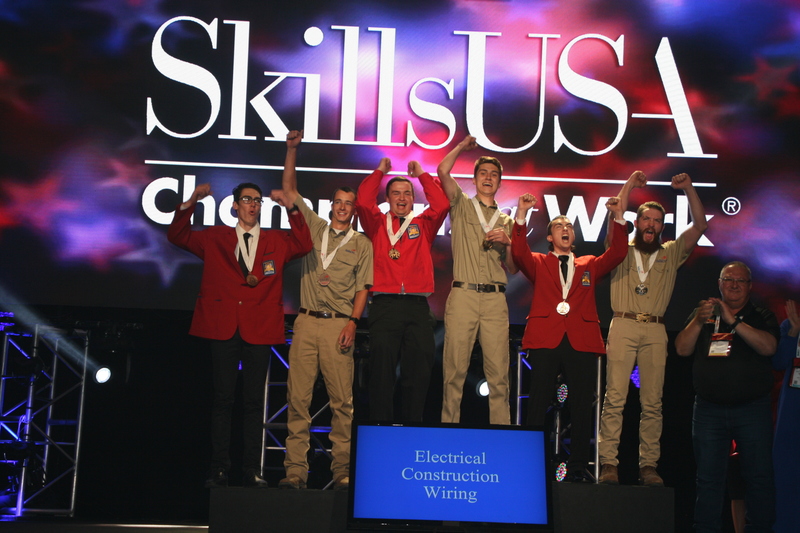 Andrew (far left) celebrates on stage during the Nationals