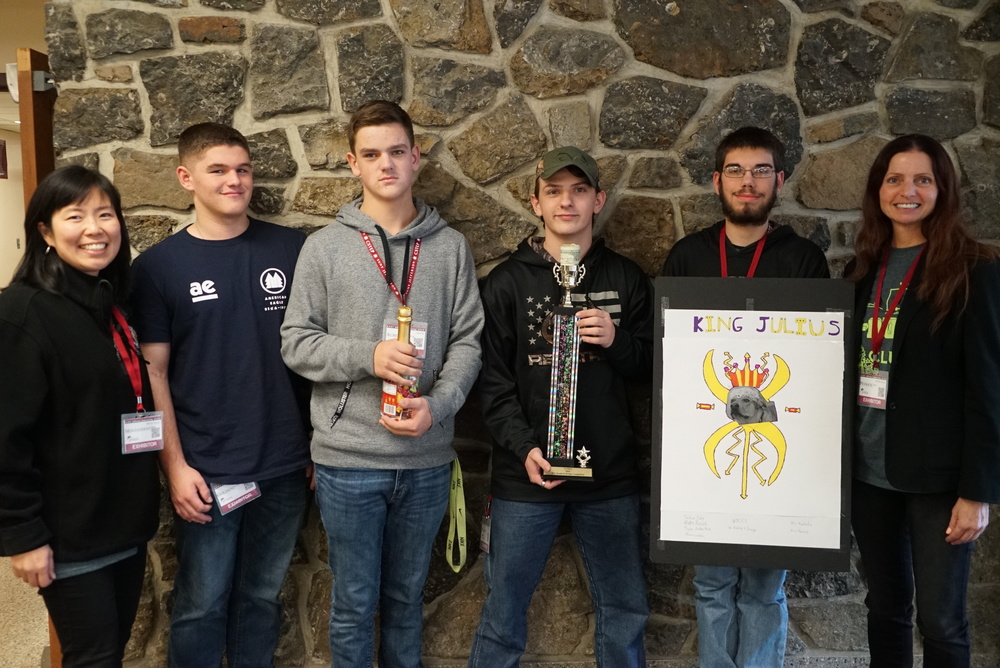 Students in the 3D Modeling & Design program at the Charles H. Bohlen, Jr. Technical Center had the chance to put their classroom skills to the test by taking part in the 2018 Spaghetti Bridge Building Competition at Jefferson Community College.  It proved to be a fruitful day for one of the three student teams from the program as they finished first in the competition, taking home a large trophy and other prizes.

The building competition is an annual event, hosted by the JCC Engineering Club.  Teams of high school students from throughout Jefferson, Lewis and St. Lawrence Counties take part.  Their goal:  to construct a bridge made completely of uncooked spaghetti that can withstand the most of weight placed on it before breaking.

For many of the seniors who took part in the 2017 competition, they knew what to prepare for.

“I was more comfortable,” says Zachary Yauchler of Watertown.  “We had a better understanding of what was to be expected.”

Competing last year allowed Team Julius to build and improve upon their design.

“I looked at the winning bridge last year and saw what they did,” says Tyler Aubertine.  “I noticed they used triangles in their design so we did the same this year when we built our bridge.”

Jeremy Golden was confident their new design would be a serious contender this year.  He also said he and his teammates improved in one specific area.

“We learned to work as a team and communicate.”