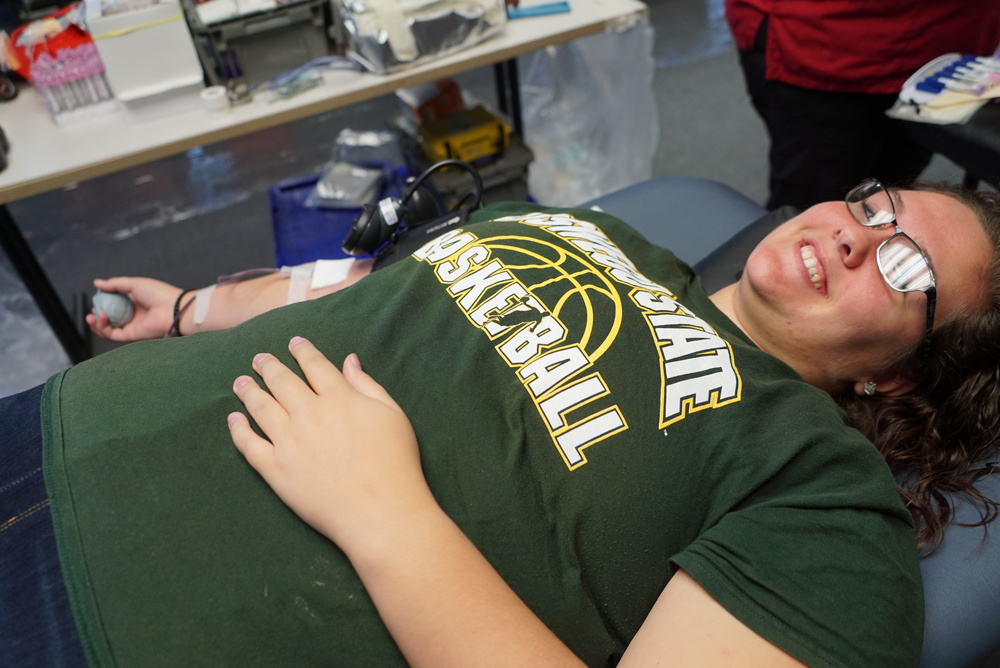 Students and faculty at the Howard G. Sackett Technical Center helped give the gift of life as part of an American Red Cross Blood Drive held at the Glenfield campus in early November.

The drive was sponsored by the New Vision Health program.  Students assisted Red Cross employees with signing in volunteers and handing donors food and drink.  The students also helped in recruiting fellow classmates and faculty at the Sackett Center to become donors.

One of the BOCES students who took the time to donate was Angela Metzler, a senior from Beaver River Central, who is enrolled in the Nursing Assistant program.

“This is my third time donating,” she says.  “My grandfather was in need of blood one time so I know the importance of donating and how much of a need there is.”

Colin Gilbo, a senior from South Lewis enrolled in the Visual Communications program, used the drive to donate for the first time, admitting that he didn’t quite know what to expect.

“It was an experience,” he said afterward.  “It didn’t hurt as much as I thought it would.  It was actually very relaxing.”

Overall, twenty units of blood were collected during the Fall drive. The New Vision Health program also had the opportunity to earn a scholarship and another blood drive is planned for later in the Spring.