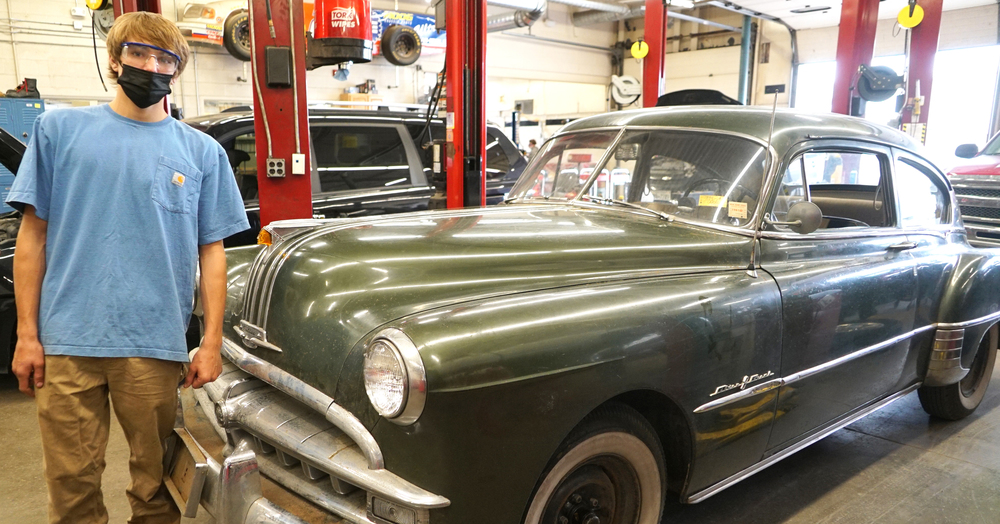 Growing up, David O’Neil was fascinated by the old car that his grandparents had and dreamed of driving it on the road one day. His involvement in BOCES Career Tech might make that dream a reality.

David, a senior from General Brown Central School, is currently enrolled in the Automotive Technology program at the Bohlen Technical Center. Shortly after the school year began, David made arrangements for his grandparents’ 1949 Pontiac Silver Streak to be dropped off at his BOCES classroom. The vehicle has not been in operational condition since the early 80’s. The goal for him and his classmates now is to get it running again before the end of the school year.

“I would love to drive it on the road and I’m hoping with some hard work, we can make that happen,” he says.

David’s grandparents acquired the vehicle in the mid-1970’s. It’s been in storage since the early 80’s with registration and inspection tags on the front windshield dating back to 1982. David says most of the work will be mechanical in nature. That includes redoing the brake line and checking the engine. It’s a challenge that David says he and his classmates are up to.

“To have students work on a project like this is great,” says Mr. Adam Ortega, Auto Technology Instructor. “The kids don’t see vehicles like this every day and I think it leads to appreciation for more modern vehicles.  Plus, it creates an opportunity for students to gain experience ordering parts, which is a key skill in our industry.”

While looking to learn mechanical skills during this time at BOCES, David’s ultimate career goal is not to fix cars for a living, but to fly airplanes. Specifically cargo planes.

“When I visited the Watertown Airport to learn more about that, I was told that going to BOCES and learning more about the mechanics of cars will be a benefit for me down the road since automotive and airplane engines and parts are very similar,” David says.

David calls BOCES the favorite part of his school day and urges all high school students to seriously look into learning a trade and attending a program.

“They should all consider it, not just explore what they think they are interested in, but really explore the different courses and trades that are available to them.” 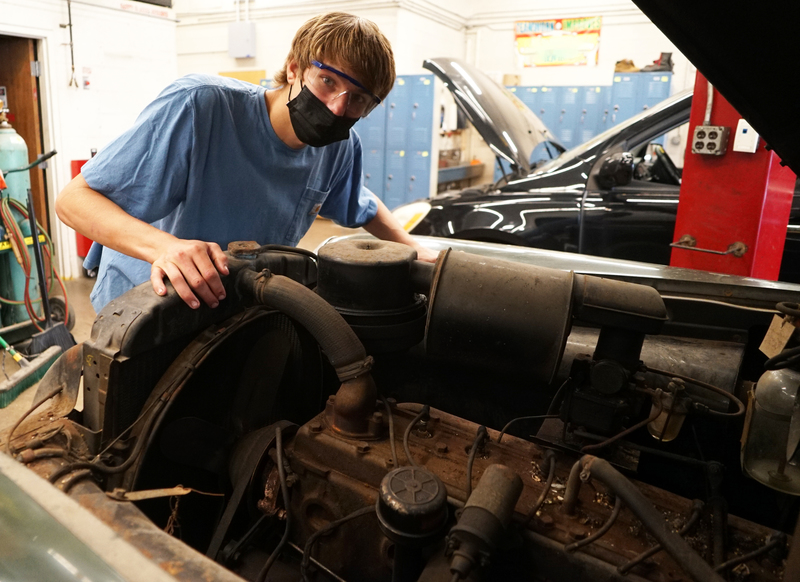