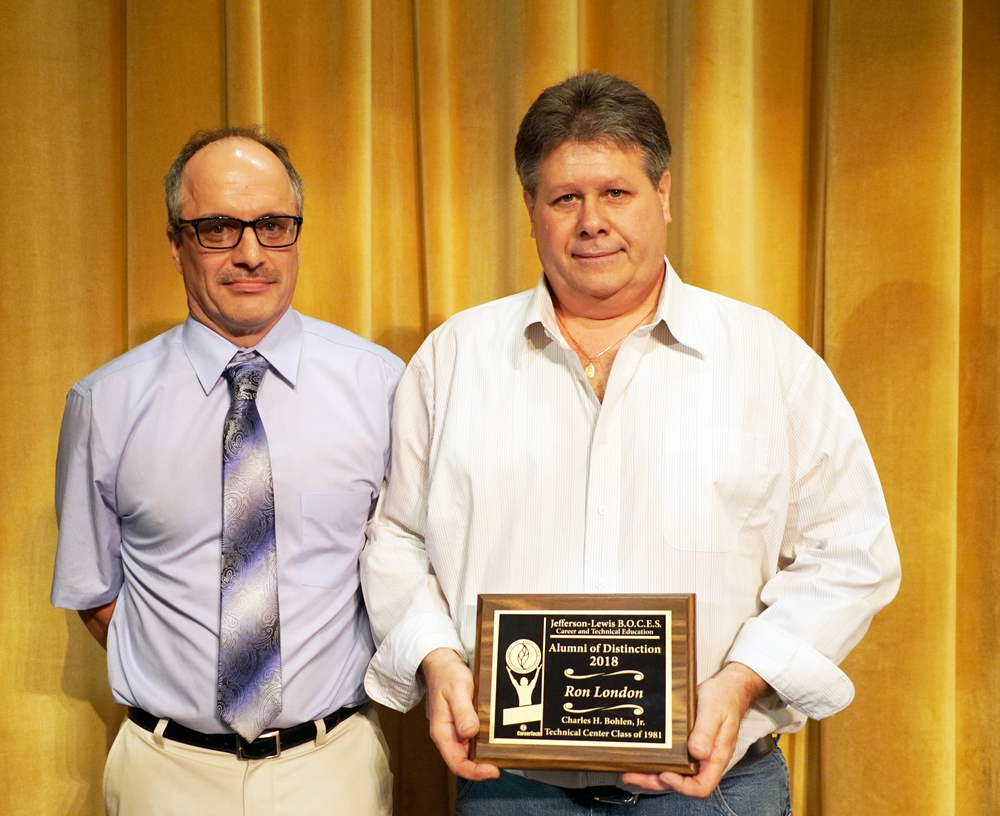 Jefferson-Lewis BOCES is proud to announce the winners of the 2018 Alumni of Distinction Awards.  They are Ron London and Scott Glenn.

“Without BOCES, I never would have been in the automotive field,” says London.  “I think they offer a really good program and make students aware of what they need to succeed.”

“BOCES was my introduction into forestry,” says Glenn.  “There are many skills that I learned that helped me prepare for my college time at Paul Smith’s.  What you learn in the program, you can take and apply to the real world.”