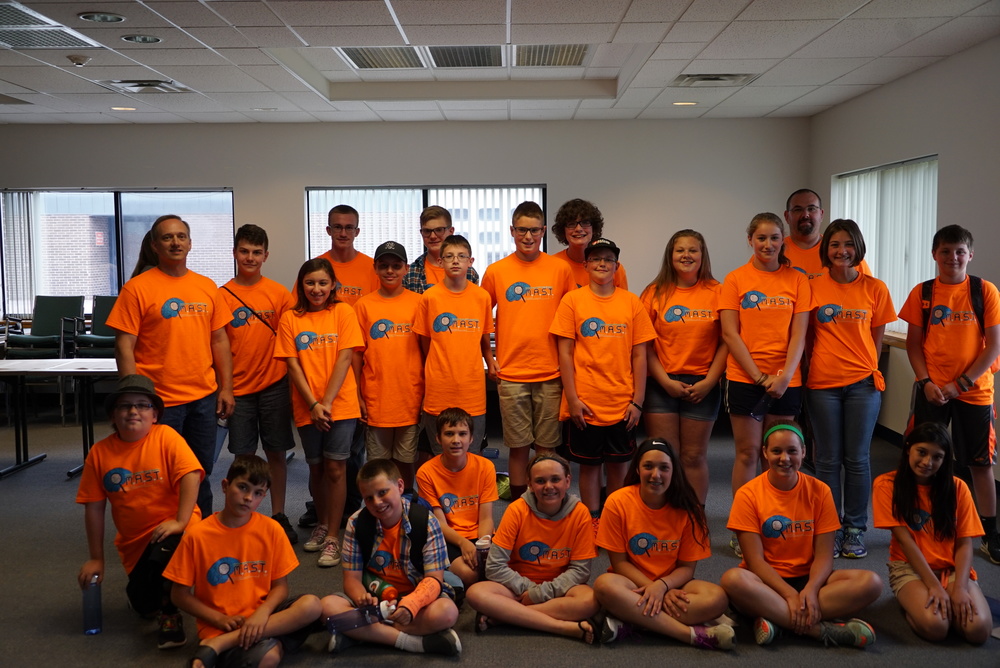 On the first day of the M.A.S.T. (Manufacturing Academy of Science and Technology) Summer Camp at the Howard G. Sackett Technical Center in Glenfield, many of the participating students didn’t know what to expect during the next two weeks.  At its conclusion, they had learned the value of teamwork, toured a local manufacturer, used a 3D printer and built a prototype for a new flood sensor for Lewis County.

The camp was the first ever held at the Sackett Technical Center and was for students entering 7th, 8th, and 9th grades from July 10-21.  Lewis County was the chief sponsor of the camp. The participating students quickly learned on the first day that their task at the camp will be helping the county develop a new type of flood sensor.  They were given a presentation by Lewis County Soil and Water where they learned about the existing sensors and some of the underlying problems that exist.

Concepts of math, science and manufacturing were taught through project based learning.   Students used a 3D printer to manufacture their own sensor design.  Through trial and error, students attempted to come up with a system that will protect the sensor and keep sediment out of its casing.

“The kids worked really hard,” says Geoffrey Buckingham, one of the camp instructors.  “They learned from their mistakes and things didn’t always go right.  They had to problem solve each day, working together.”

“The kids had to work with others who they didn’t know and didn’t go to their school,” says Walter Berwick, who also served as a camp instructor.  “They learned the value of team work and when they were asked to do something, they did it.”

The students involved in the camp said they enjoyed the experience.

“I was able to come here every day and work with 3D printers,” says Noah Comet, a student at Lowville Academy.

“I liked building the prototype the best,” says Anna Westen, a student at Lowville Academy.  “I enjoy art and this allowed me to be creative.”

The camp also included a tour of Otis Technology in Lyons Falls and a presentation to Lewis County officials regarding their self-built prototypes.  Lewis County Planner Frank Pace says they will take what the students suggested back to their offices for further discussion.