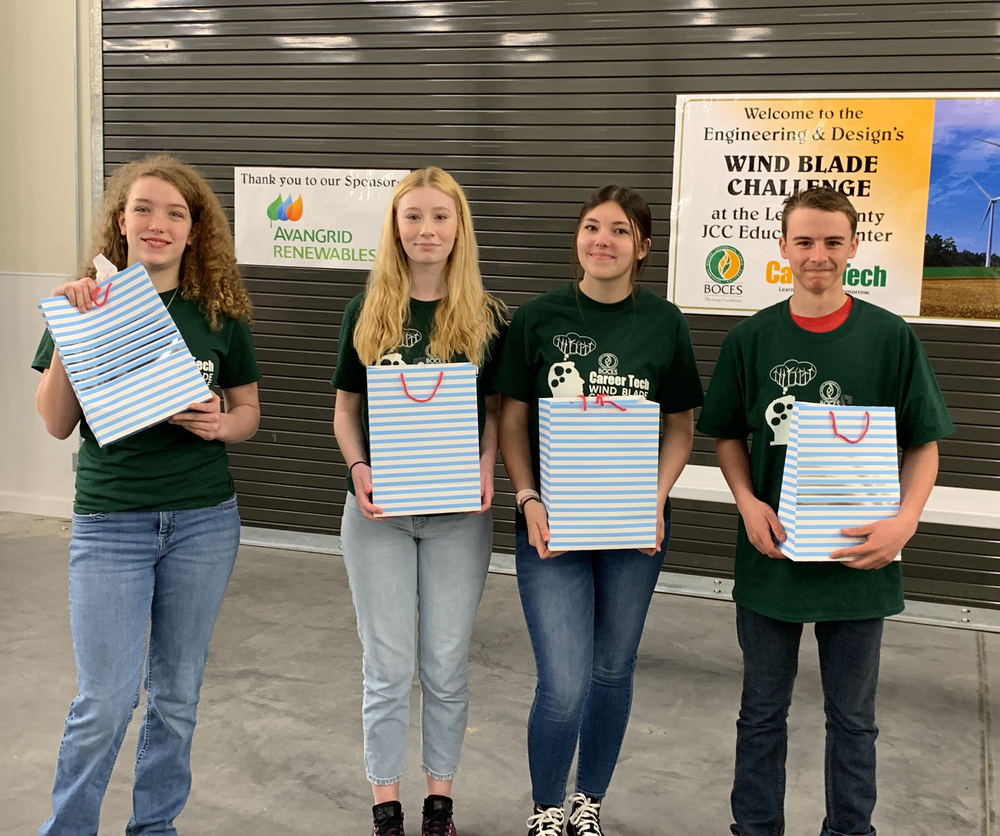 Build the best wind blade using only cardboard, paper and wooden dowels. That was the goal assigned to students in the annual Wind Blade Challenge, an event hosted by the Jefferson-Lewis BOCES Engineering & Design program on March 11, 2022 at the Lewis County-Jefferson Community College Education Center in Lowville. This year’s event marked the first Wind Blade Challenge since 2020.

The competition was open to students in grades 6-9 in the region. A total of forty-one students took part, forming eleven teams. Competing were students from Lowville Academy, Beaver River, Copenhagen, Adirondack, and River Valley Mennonite School.

The competing teams were given two chances at each testing station, allowing them the opportunity to make improvements to their blades and increase their final score. Each testing area was manned by students in the BOCES Engineering and Design program.

Each participant was given a Wind Blade Challenge t-shirt. All prizes were provided by Avangrid Renewables.

To view more photos from the Windblade Challenge, Visit our Facebook page.