Five local high school seniors have shown their proficiency in communicating in a second language and have earned the New York State Seal of Biliteracy following a program held May, 16, 2018 at Jefferson-Lewis BOCES.

Earning the NYS  Seal of Biliteracy in 2018 were Hannah Finley
(Spanish) and Morgan Ortega (French) of the Watertown City School
District, as well as Mikalya Foltz (French), Islam Kemelov (English) and
Madelyn Wischerath (French) of the South Jefferson Central School
District.  All five have been working throughout the school year to meet
the requirements set forth in a Jefferson-Lewis BOCES Consortium
developed program prior to final presentations in the second language
before a panel of five judges on May 16.  Each student was assigned a
mentor and also worked closely with their World Language teachers within
their home district. 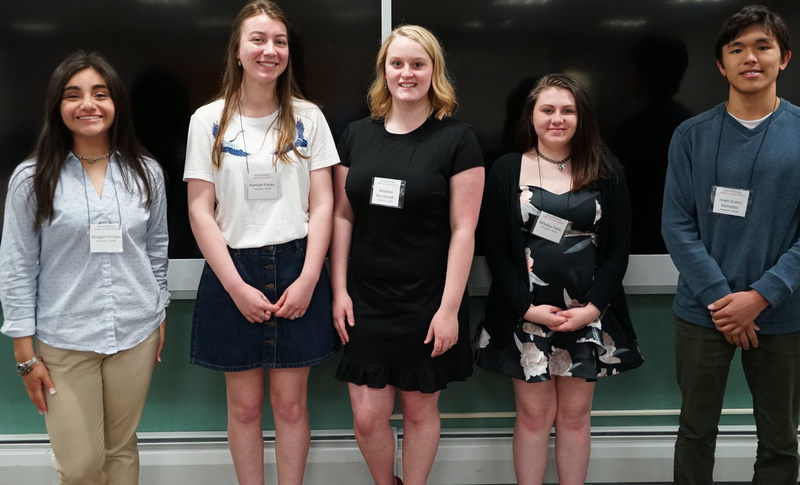 Those students who earned the NYS Seal of Biliteracy will have it
placed on their high school diploma and also earned a medal and a sash
that will be worn during their district graduation ceremony.