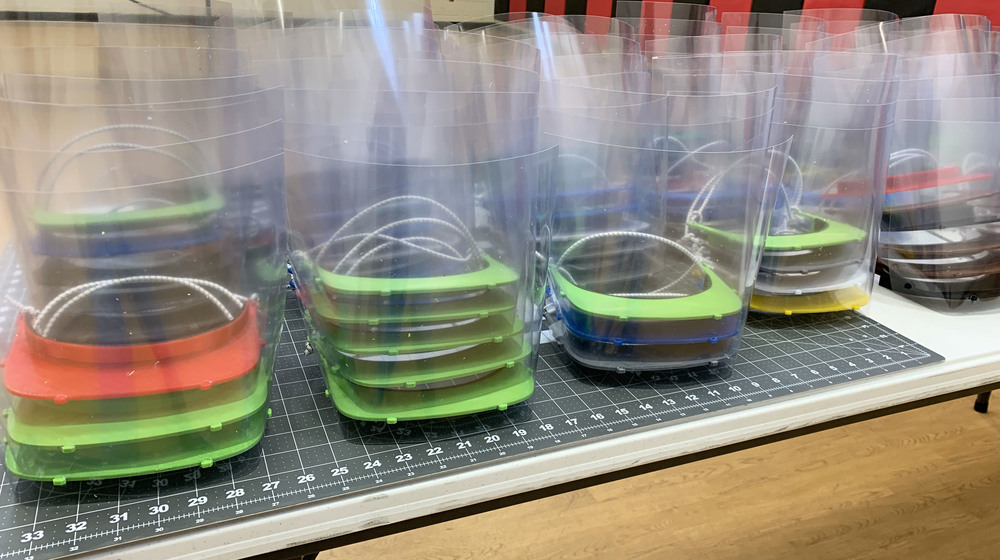 Several weeks after volunteer efforts began, over two thousand face shields that were produced at the Watertown campus of Jefferson-Lewis BOCES have been distributed to health care providers and emergency services groups throughout the North Country.

According to Mari Cecil, Community Coordinator for the Face Shield Committee, around 2600 face shields were distributed to entities in Jefferson, Lewis, St. Lawrence and Oswego Counties as of April 15, 2020.  That included 1000 face shields that were manufactured and donated to Samaritan Medical Center in Watertown. Other hospitals receiving the shields included Lewis County General Hospital, River Hospital, Gouverneur Hospital, and Canton-Potsdam Hospital.

The committee also saw an increase in volunteer inquires since initial word of the effort went public in late March.

Local school districts, local companies and private individuals have assisted by utilizing their 3D printers to produce the visors needed for the face shields.  In addition to the face shields, these same printers are being utilized to produce plastic “ear savers”, bands that will allow users of over the ear face masks to wear them more safely and comfortably.  Work on these ear savers bands has already started. 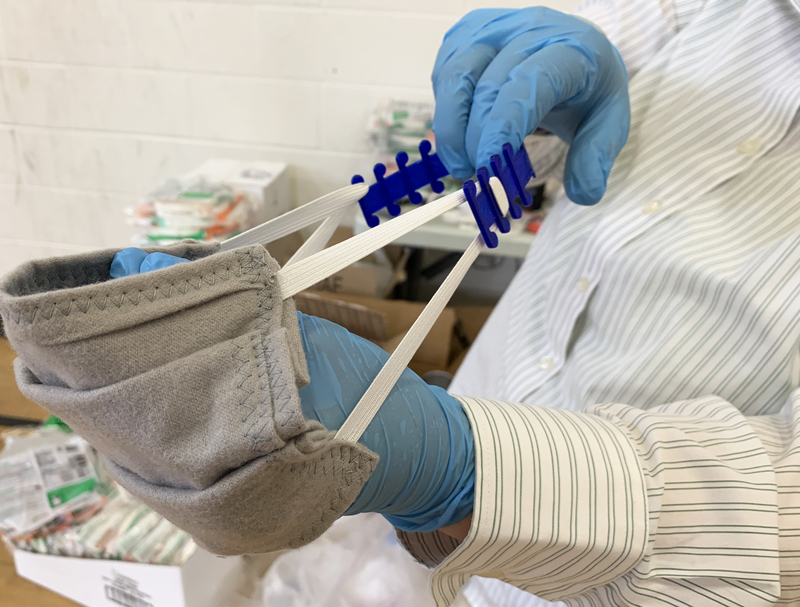 An example of a face mask with an "ear saver"

The committee will now be utilizing overhead projection transparency film for the face shields as the supply of the original film has become difficult to obtain.